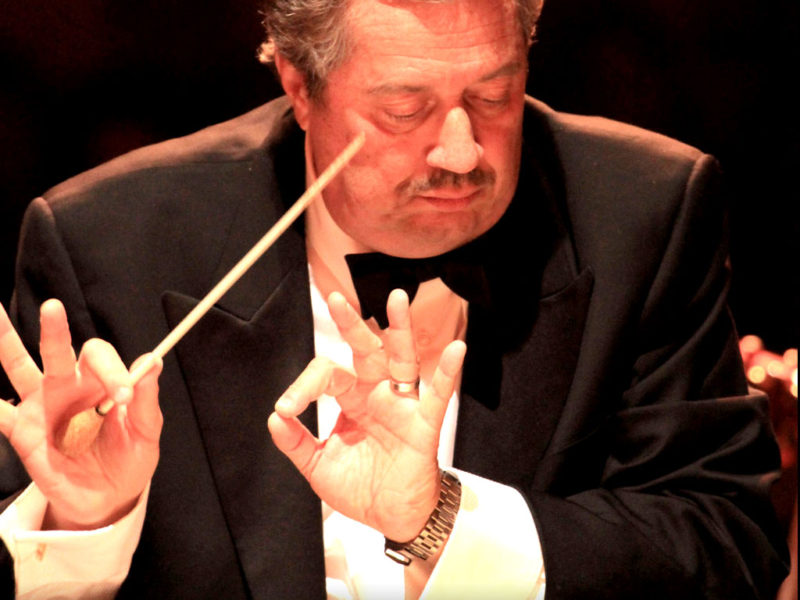 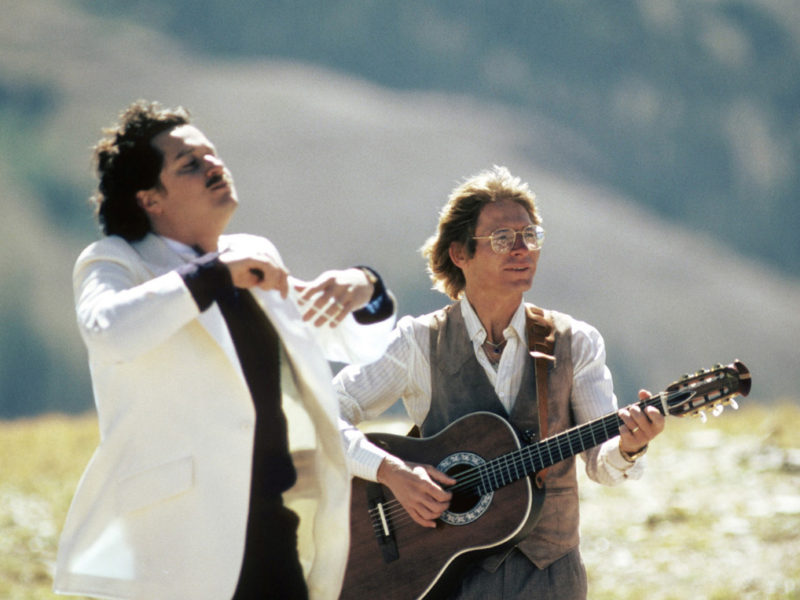 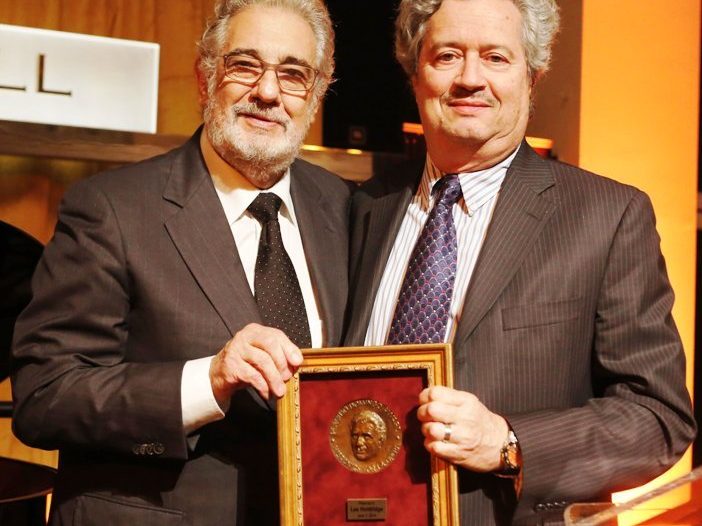 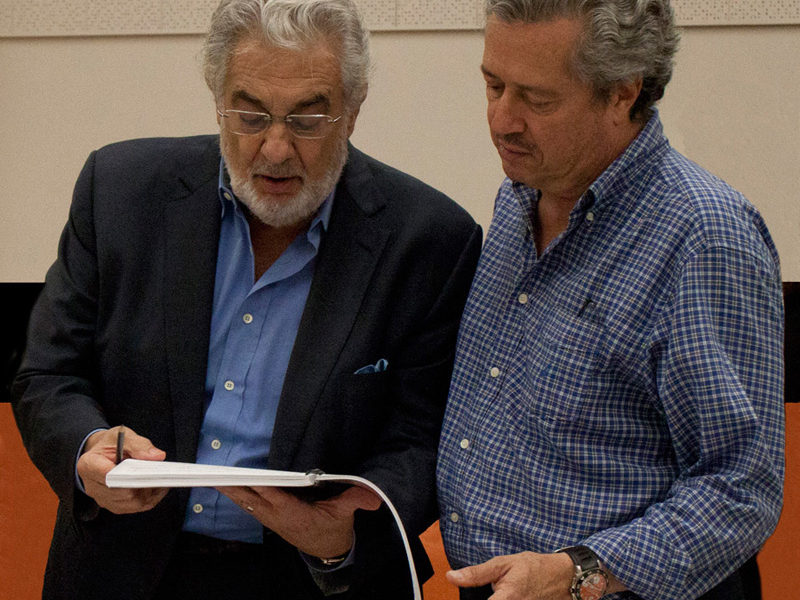 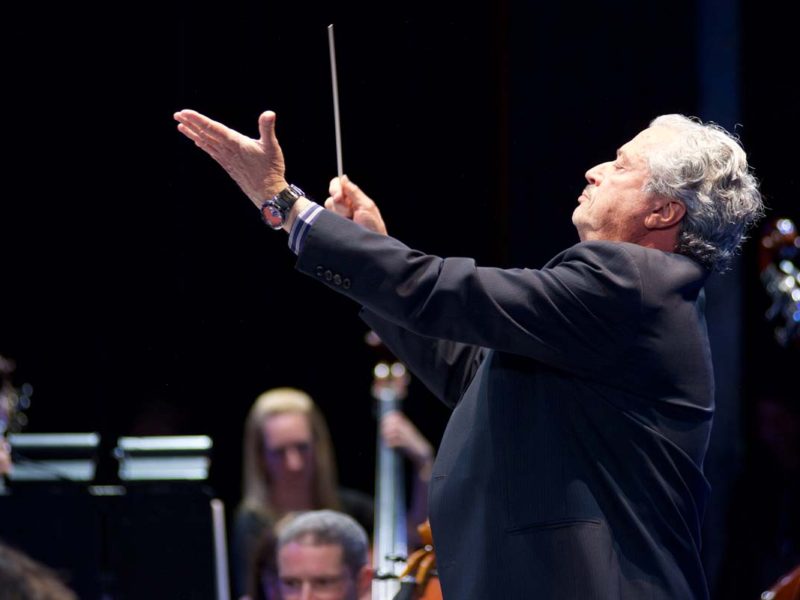 Lee Holdridge was born in Port-au-Prince, Haiti. His mother is Puerto Rican and his father American. He spent his early years in Costa Rica, beginning music studies on the violin at the age of ten with Hugo Mariani, then the conductor of the National Symphony Orchestra of Costa Rica. At fifteen – now determined to be a composer – he moved to Boston to finish high school and study composition with Henry Lasker.

Later, Holdridge moved to New York to continue his music studies and begin his professional career as a composer. While in New York, he wrote chamber works, rock pieces, songs, theater music and background scores for short films. Holdridge’s successes in New York came to the attention of Neil Diamond who brought Holdridge to Los Angeles to write arrangements for Diamond’s forthcoming albums. A string of gold and platinum hits followed, which led to Diamond and Holdridge collaborating on the film score for Jonathan Livingston Seagull.

Since that time Holdridge has scored numerous film and T.V. hits including films such as Splash, Big Business, Mr. Mom, Micki & Maude,16 Days Of Glory, The Other Side Of The Mountain Pt. II, Mustang Country, The Beastmaster, Jeremy (Cannes Festival award winner), Sylvester, The Tuskegee Airmen and El Pueblo Del Sol. T.V. shows include Moonlighting, Beauty and the Beast, the complete eight hour remake of East of Eden, The Tenth Man, Dreamer of Oz, Hallmark Hall Of Fame’s One Against the Wind and The Story Lady. Mr. Holdridge also scored the epic film Old Gringo, and Pastime, winner of the Audience Award at the Sundance Film Festival and Best Director Award at the Houston Film Festival. Mr. Holdridge began a very successful collaboration with Moriah Films, the film division of the Simon Wiesenthal Center, with the Academy Award winning documentary feature film The Long Way Home.

More recently, Mr. Holdridge scored the motion pictures Puerto Vallarta Squeeze, Unlikely Heroes, the Hollywood Film Festival Documentary award winner Beautiful Music, the disturbing documentary feature Ever Again, the Oscar winning Warner Bros. documentary feature Into The Arms of Strangers: Stories of The Kindertransport, the TNT mini-series The Mists of Avalon, the NBC mini-series 10.5, the PBS Emmy nominated series American Family, Christopher Reeve’s The Brooke Ellison Story for the Arts and Entertainment Network and Saving Milly for CBS. He scored Moriah Films feature length biography of Simon Wiesenthal entitled I Have Never Forgotten You: The Life and Legacy of Simon Wiesenthal, which had its premiere at the Berlin Film Festival in 2007. He recently completed the score for the moving documentary feature film Brothers at War. Recent projects include the epic documentary feature film by Richard Trank on Winston Churchill entitled Winston Churchill: Walking With Destinyand the Hallmark Movie The Shunning. The newest film projects include the forthcoming It Is No Dream, Hell And Mr. Fudge, The Confession, Liz & Dick, When Calls The Heart and The Prime Ministers.

In addition to his film career, Mr. Holdridge has had an extensive repertoire of concert works performed and recorded including The Golden Land, the Jefferson Tribute, his Concerto # 2 For Violin And Orchestra, his suite from the opera Lazarus And His Beloved, the orchestral suite Scenes Of Summer as well as the Concerto For Viola And Chamber Orchestra, the Concertino For Violoncello And Strings, the Serenade For Oboe And Strings, the Fantasy Sonata For ‘Cello and Piano, the Elegy For Strings and Harp, and Sonnet for soprano and orchestra.

Mr. Holdridge has received numerous awards and nominations during his career. Amongst these he received six Emmys for writing: the background score of the pilot film for Beauty And The Beast, the song The First Time I Loved Forever from Beauty And The Beast, the background score for the National Geographic’s The Explorers, the background score for ABC World Of Discovery – Beautiful Killers, the Bud Greenspan film Atlanta’s Olympic Glory and the One Life To Live title theme music. He received both Emmy and Grammy nominations for his title song for Moonlighting, which he co-wrote with Al Jarreau and he also received the prestigious Circle of Friends of Music award, given in Italy in 1972 for his Ballet Fantasy for Strings and Harp.

Recorded releases of Mr. Holdridge’s music include: Holdridge Conducts Holdridge, Gerhardt Conducts Holdridge both recorded with the London Symphony Orchestra, soundtracks of the television series Beauty And The Beast, the mini-series Mists of Avalon, the motion pictures Old Gringo, El Pueblo Del Sol and Pastime, the Grammy award winning Symphonic Hollywood as well as soundtracks for Brothers At War, One Against The Wind, The Giant Of Thunder Mountain, Into Thin Air, The Long Way Home, Into The Arms Of Strangers: Stories Of The Kindertransport, The Dreamer of Oz, Unlikely Heroes, In Search of Peace and Winterhawk.

Mr. Holdridge’s extensive background in both the concert and theater fields include co-authorship of the Joffrey Ballet standard Trinity, the one act in-school operas The Prospector and The Magic Dream and the one act opera Journey to Cordoba, commissioned by The Los Angeles Music Center Opera. Journey to Cordoba premiered on February 11, 1995 at the Luckman Theater at California State University, Los Angeles and has since enjoyed close to 100 performances in the Southern California region. The newest one act opera is Tanis in America, premiered by the Los Angeles Opera in May, 2009.

Recent works include Ode to Orion premiered by the Dallas Symphony Orchestra and Concierto Para Mendez premiered by the Los Angeles Opera as well as concert versions of An American Hymn, Moonlighting and Once Again It’s Christmas Time This Year.

Recently Placido Domingo and the Los Angeles Opera Company premiered the full length opera Dulce Rosa based on an Isabel Allende short story. Filmed in HD a television premiere and DVD is planned for the near future as well as productions by other opera companies.